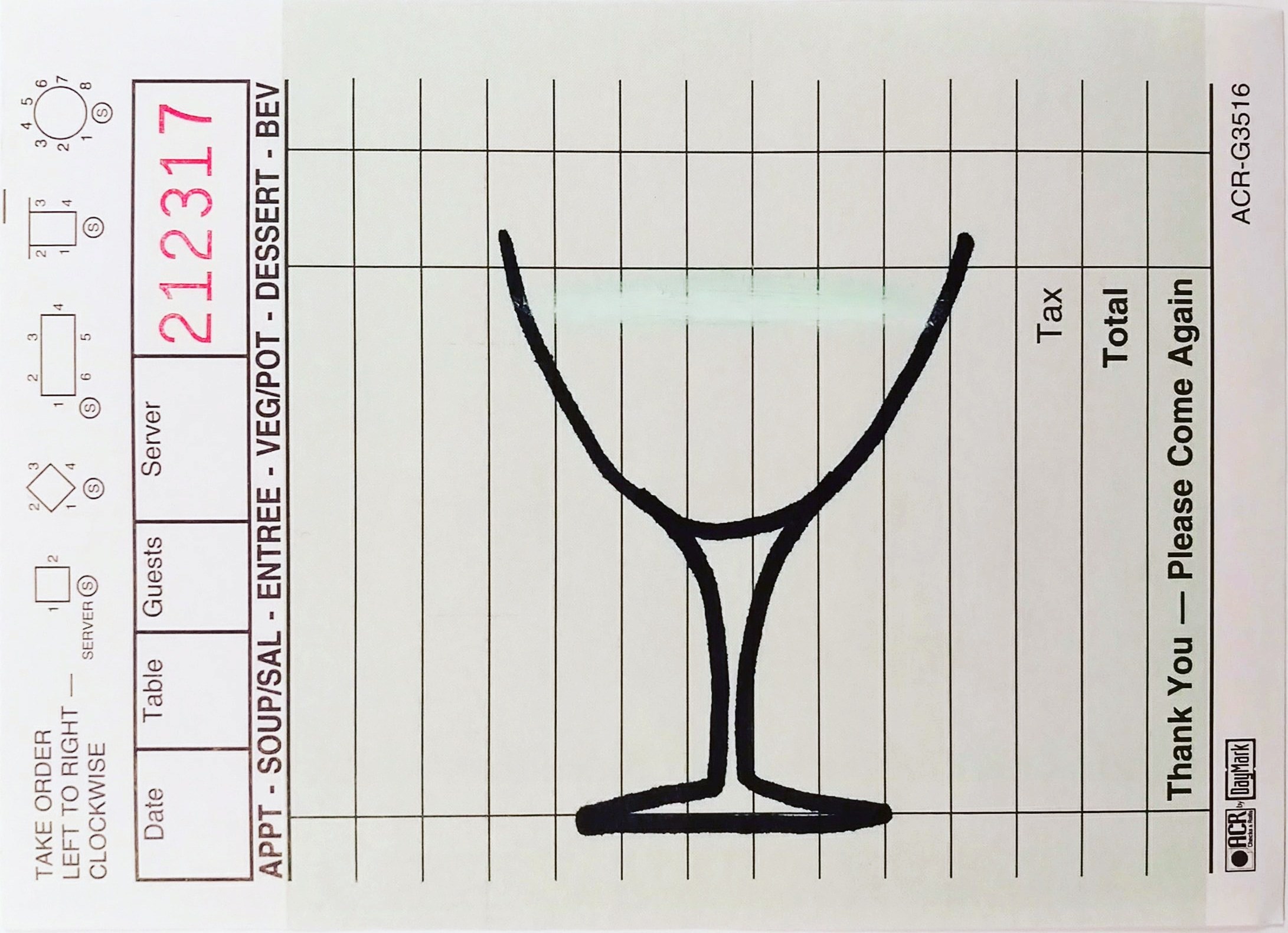 The bartender didn't seem bothered by his request for a spoonful of absinthe in his martini. Normally he took a martini as any sensible person would: gin with a touch of vermouth and a squeeze of lemon oil to garnish. Today, however, he was in the mood for something slightly different.

To anyone looking at his drink they would have no idea that it wasn't his usual. The absinthe didn't change the color or clarity of the liquid in the slightest, but it was there. Only he and the bartender knew of the secret hiding beneath the surface of the cocktail.

His date arrived only a few minutes late. She walked gracefully through the bar and he stood to aid in the removal of her coat. Beneath, she wore a plain black dress that he helped zip up before she left their apartment earlier that day. Only the two of them knew what she was wearing underneath the dress, and that had been on his mind all day.

As she leaned over and kissed him, the absinthe addition was instantly discovered. The luxurious fragrance of anise that he had been hiding in plain sight was hidden no longer. She smiled and he ordered two more of the same while they caught up on the day.

They sat and enjoyed the handsome bar. A martini is like a naked woman, he thought-- pure and direct. While a martini with a bar spoon of absinthe hidden within is like a woman wearing lingerie under her dress. No one knows except the people who are supposed to. He finished his last aromatic sip and winked at her because he was fortunate enough to know her secret.