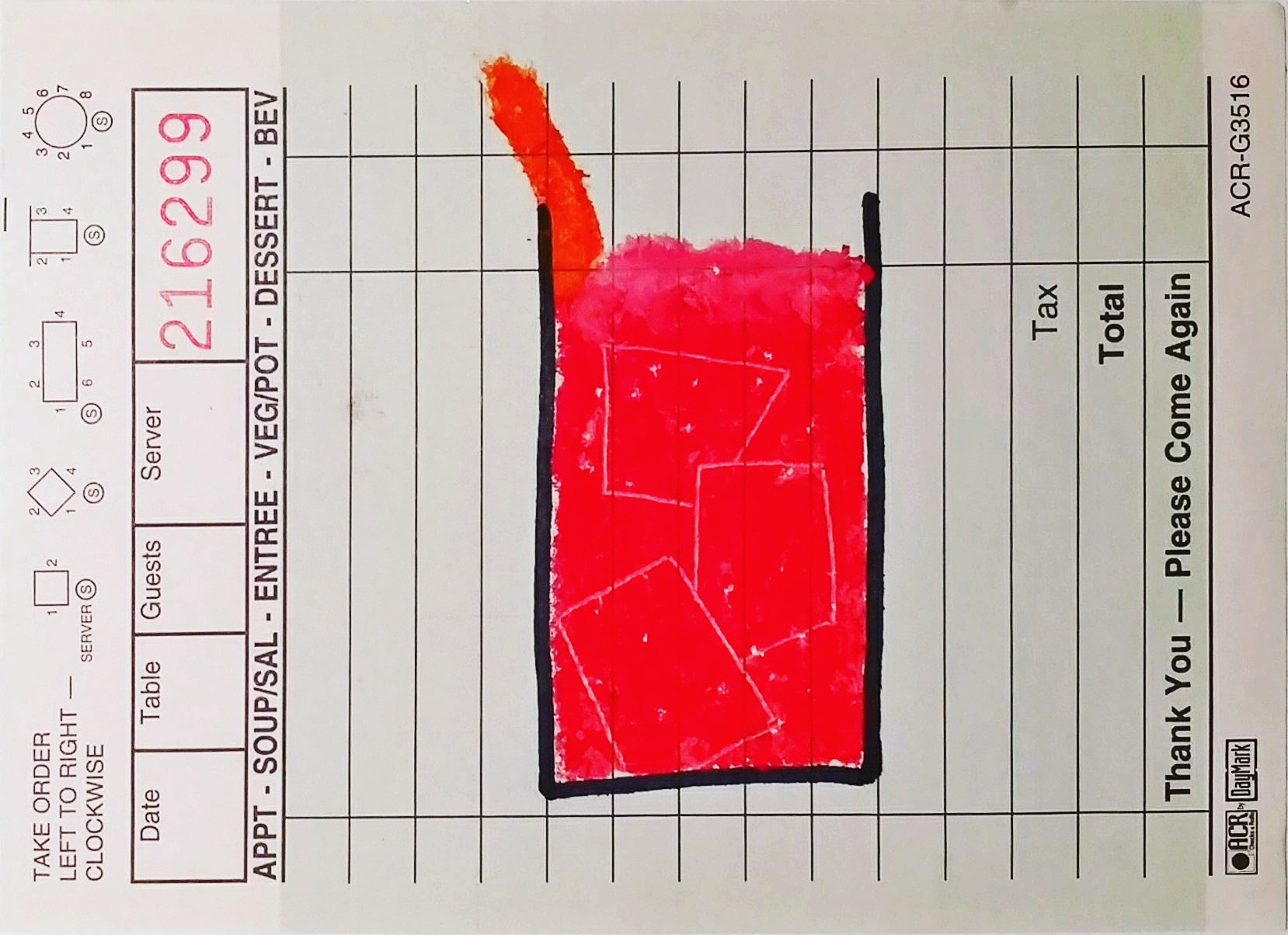 It had been raining all day. He kicked off his soggy shoes the second he got the door open and decided then and there he would be staying in for the evening. There was no need to brave the elements and cooking dinner at home sounded nice.

There was a chicken in the fridge that would do well in the oven and throwing together a salad would be a snap. He didn't consider himself a chef in any sense of the word but he at least knew the sharp end of the knife from the handle. Preparing the ingredients didn't take long and the process helped him to decompress from the day.

He set a timer for a little less than an hour and put the bird in the oven. Thumbing through some records he picked out a favorite and placed it on the turntable. As the music and baked chicken aroma started to fill the room he walked over to his bar cart and grabbed a bottle of Campari. An Americano before dinner sounded like a good way to kill an hour.

In a tall glass, he eyeballed an ounce or so of Campari and matched that amount with some sweet vermouth from the fridge. After filling the glass with ice he gave it all a stir to chill down the bittersweet red mixture before topping it off with fizzy soda water. A thick slice of orange completed the ritual.

This was a drink he could gulp. It was perfectly refreshing when done right. Due to its low potency, he could sneak a second one in without feeling guilty before the kitchen timer went off. The bubbles pricked his tongue and tickled his nose before being overtaken by the bitter Campari and the sweet vermouth. Looking out the window he saw that the rain was finally letting up.