This Was a Glass of Summer Over Ice 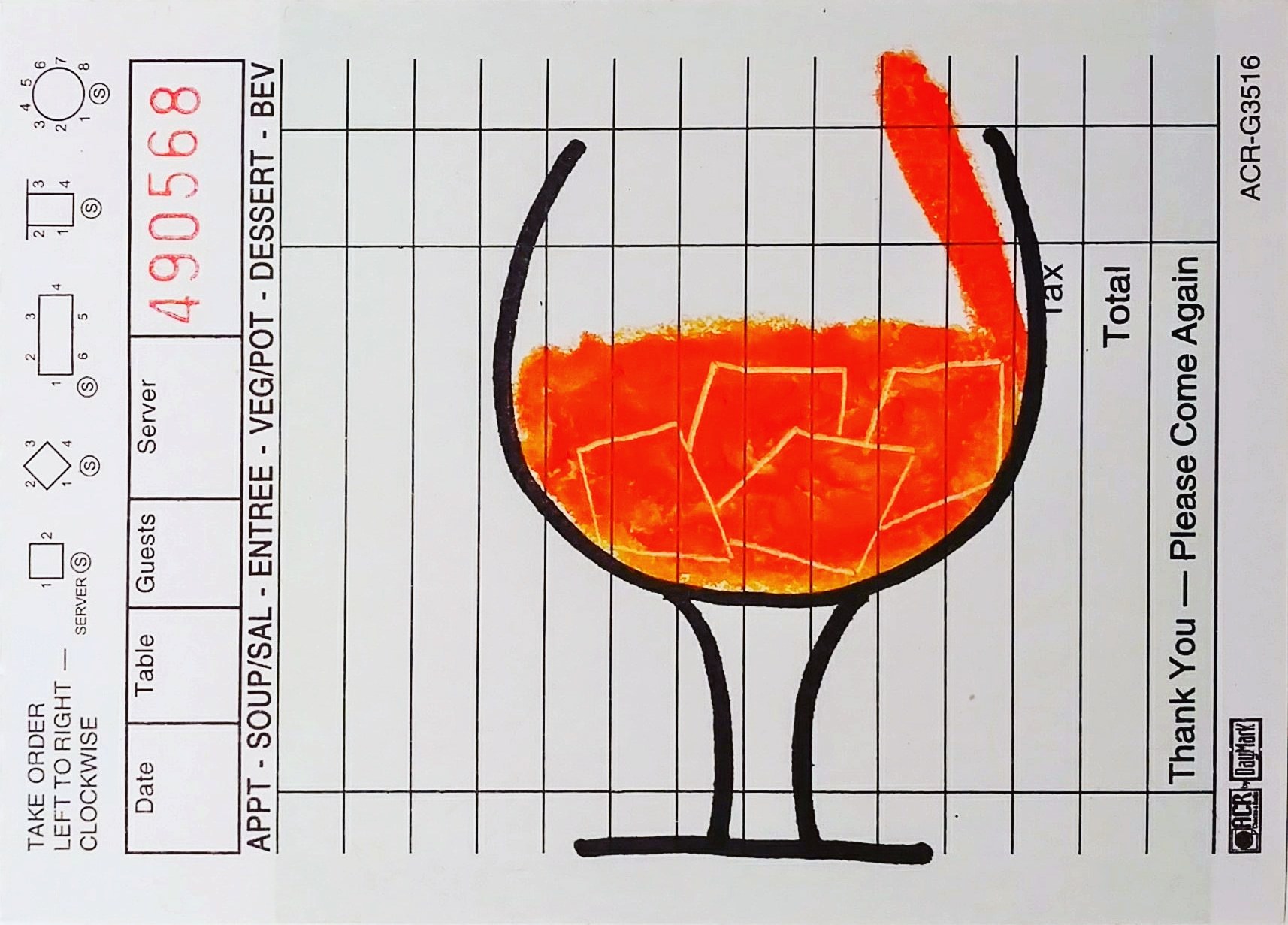 He was early to dinner and needed to kill some time. The friend he was meeting had a taste for hooch even stronger than his own. Sneaking in the usual martini was out of the question for now. Tonight was all about defense. He needed to make sure aspirin wasn't on the menu for breakfast.

The bartender who looked to be nursing a hangover himself listened while he explained that his soon to be arriving buddy had a hollow leg. Whatever they started with would set the pace for the evening. Manhattans led to yelling, martinis led to more martinis, and Champagne led to his savings account. It was time to take a new route.

From the moment the bartender started making the drink he was worried. It started with bubbles and then a pour of orange-pink liquid. His buddy would never go for pink. He watched as the drink came together. It was actually rather pretty. Almost glowing. The bartender finished it off with a touch of soda water and a thick orange slice.

The first sip actually made him chuckle and he quickly covered his mouth to contain any other noises. This was a happy drink. In front of him, it was much more orange than pink. It tasted the same way honeysuckles smelled. This was a glass of summer over ice.

His phone buzzed twice with the news that his friend couldn't make it after all. The woman sitting a few seats down pointed to his orange drink when the bartender asked what she would like. Overhearing the bartender tell her it was an Aperol Spritz he realized he had unknowingly joined some sort of club. It looked like he wouldn't be having dinner alone after all.