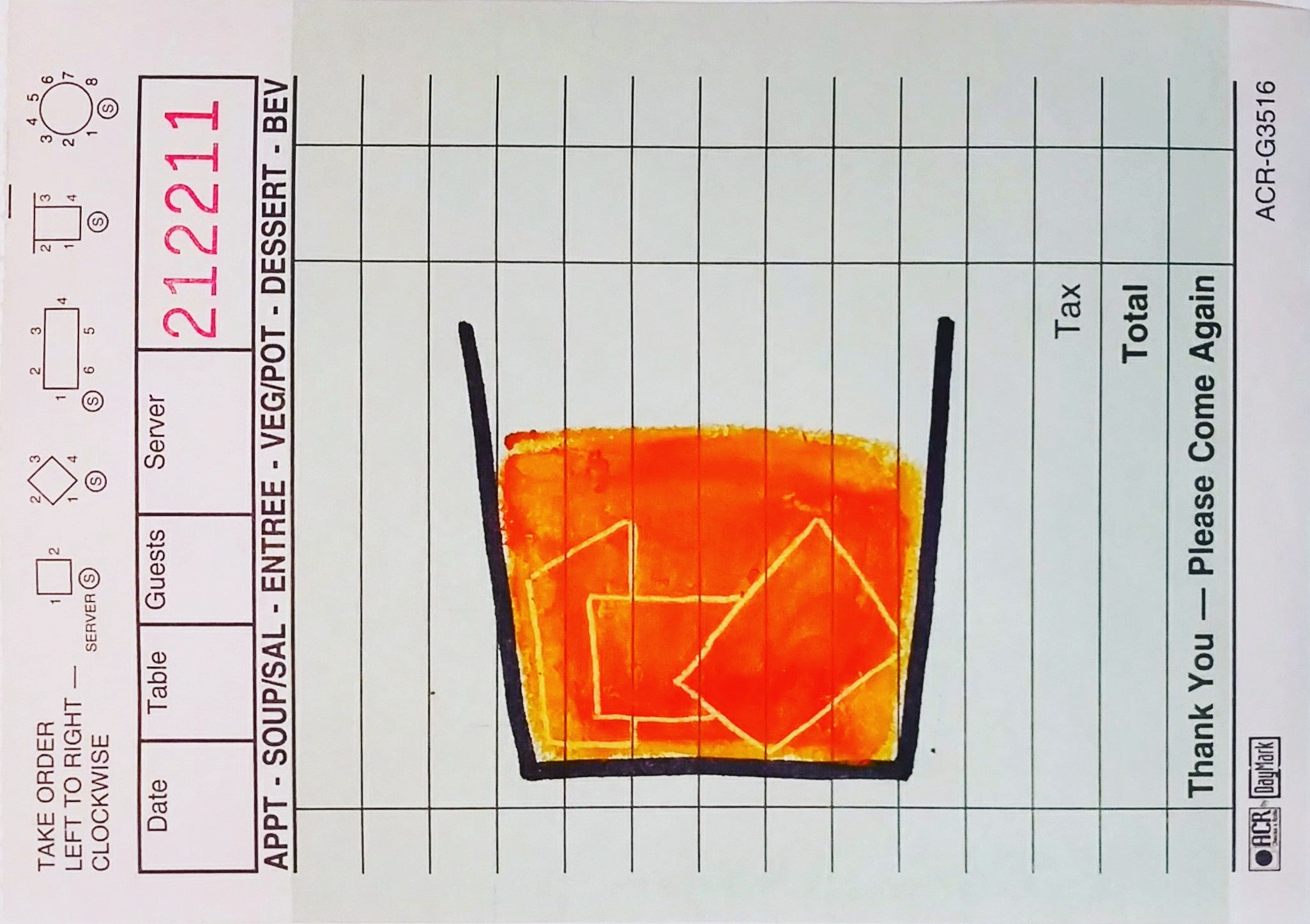 The plates had been cleared and it was time for dessert. When this part of the meal rolled around he usually ordered a black coffee and watched while everyone else cracked into their large crème brûlées. He wanted a liquid dessert and didn't like to share.

After sitting through a whole meal he needed to get up and move around. Especially if he was going to ingest something sweet later. He checked his watch and said the goodbyes. Dinner with friends was always fun but dessert was personal and he liked to have it at home. His idea of a perfect progressive dinner ended with a drink in his apartment.

The walk home was quick due to the temperature. He dropped his keys on the table by the door and walked over to the record player. Since the weather had cooled off the only thing coming out of his speakers was his favorite Beatles record: Rubber Soul. He was in the kitchen with two bottles before The Fab Four belted out "Beep beep'm beep beep yeah!"

In a rocks glass, he placed some chunks of ice and poured an eyeballed measure of Cognac over the top. Then he added a smaller pour from a squat bottle of Bénédictine. He watched it swirl through the Cognac and finally settle as Norwegian Wood finished playing. It was a simple drink but it always did the trick on a cool night.

A quick sip of the viscous liquid left him tasting vanilla, honey, and clove. He grabbed a tiny bag of peanut M&M's from the bowl of candy by the door knowing full well it would be empty by Halloween. He wasn't expecting trick-or-treaters anyway. Walking back to the turntable he plugged in a long coiled cable that went to a set of heavy headphones that had seen better days. He put them on to block out the traffic far below and sat down with his drink to enjoy dessert.