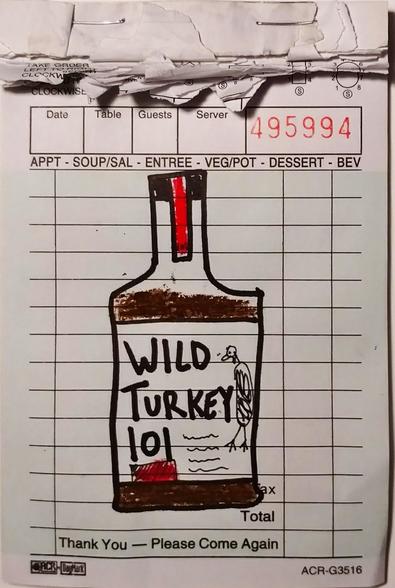 French by name and American by character. The history of this spirit is drenched with lore, lies, blood, families, and money. Corn instead of rye is the main ingredient in the mashbill here. In fact like American Rye Whiskey it must make up 51% of the bill. Corn is indigenous to the lands that are now known as Kentucky and Tennessee. It also grows quickly. The Native Americans knew this and the early settlers and distillers took note. Skipping a ton of info and jumping into today-- Bourbon is a hot topic. Everyone is looking for dusty bottles and good deals.

Most all Bourbon in the world is made in Kentucky. Part of this is due to the climate and limestone water that is available there. The rules are almost identical to American Rye but with corn: 51% Corn, Off the still at or under 160 Proof, in a barrel at or under 125 Proof, brand new charred oak container, bottled at or above 80 Proof, and no artificial coloring. It also must be made within in the United States and . Most all Bourbons are column distilled with the solids left in the mashing liquid.

Age Statement: A straight whiskey aged less than four years must have an age statement on the bottle. Over four years of age and the statement is not required.
Straight Bourbon: At least two years of age from a single batch aged in a new barrel.
Wheated Bourbon: The second highest grain percentage after corn is wheat (as opposed to rye). Makers, Old Fitz, Weller, and Pappy.
Blended American Whiskey: At least 20% Straight Whiskey blended with neutral grain spirits.
Blended Bourbon: At least 51% Bourbon blended with neutral grain spirits.
Sour Mash: A fermentation technique to keep flavor from one batch to another. A bit of the mash from the batch before is blended into the new batch. Most all American Whiskey Distilleries and especially Bourbon whiskies use this technique.
“A Blend of Straight Whiskeys”: One or more Straight Whiskies together that may contain coloring or other additives but no neutral grain spirit.
Tennessee Whiskey: Not a Bourbon due to the addition of charcoal filtering (The Lincoln County Process), and also must be made in Tennessee. Jack Daniels, George Dickel, Prichards, and Collier and McKeel.
Flavored Bourbon: sigh...never mind.

Major Whiskey Distilling Producers in the US:

Some Non Distilling Producers in the US

My favorite author on the subject of whiskey production in the United States is Chuck Cowdery. I have only met him a handful of times but I always learn something new just just standing near him. His books, Bourbon, Straight and Bourbon, Strange, should be on your shelf if you want to dive in deeper. His blog is full of great information and history as well.

I like to keep Old Fitz Bonded or Wild Turkey 101 around for most things but if you can’t find or afford those Evan Williams White Label is great for the money. For sipping I lean towards interesting single barrel releases from different distilleries.