Here Are Some Extra Bottles to Experiment With

Other Booze to Keep Around 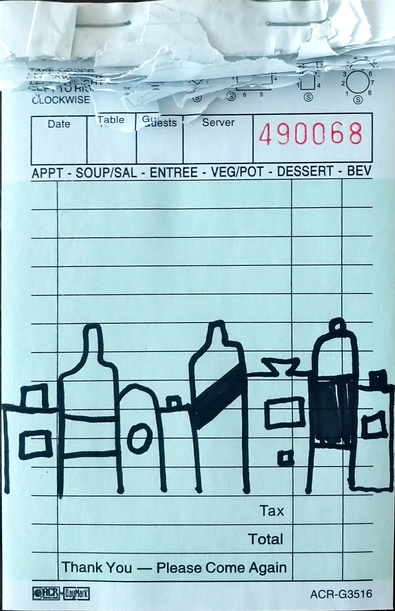 Chartreuse is expensive but there is nothing like it. You have two to choose from. Yellow Chartreuse makes use of honey and saffron to impart their golden tones to this aptly named liqueur which comes in at a lower proof than its envious brother Green Chartreuse. These intensely colored liqueurs have both been made by the Carthusian Monks since 1737 and are now produced in the south eastern French town of Voiron.

Maraschino Liqueur is a liqueur made from marasca cherries in Croatia. It is a syrupy boozy cherry flavored thing that can make or break drinks and has been driving bartenders crazy during inventory for years due to its ridiculous packaging. Not a necessity but a good thing to have around to fill out your bar. I like keeping it in a small dasher bottle to “improve” drinks. I use the Luxardo brand but there are others out there.

Bénédictine is one of those bottles that sits around and does nothing all too often. “To God, Most good, Most great” is their tag line and whether you believe that or not this is a bottle worthy of shelf space. Classic cocktails from New Orleans love using it and it is nice in mixed with brandy for a dryer sipper. It will be a hard sell but I would recommend just pulling the trigger. People will wonder why your cocktails have depth and taste better than theirs and you can smile and keep spiking your coffee.

Drambuie is another one of those bottles that every bar has but no one knows where it got stashed last time. Crucial for a Rusty Nail and that is about it. It comes in a smaller bottle and is pretty pricey. Flavored with honey, herbs, and spices it is "the drink that satisfies."

Japanese Whisky should be mentioned and purchased if at all possible. Whisky production started in Japan around 1870 and there are currently nine active distilleries. Some of the distilleries are owned by the same brand. Suntory (who also owns Beam in the US) has the Yamizaki distillery between Osaka and Kyoto as well as the Hakushu distillery outside of Hokuto City in the Yamanashi Prefecture. They make very different whiskies but like all Japanese Whiskey exudes elegance with every sip. Nikka, another large producer has two distilleries: Yoichi (opened in 1934) and Miyagikyo (1969). Nikka also owns the Ben Nevis Distillery in Scotland. Some other distilleries to look out for would be Fuji Gotemba (owned by Kirin Brewing who owns Four Roses), Chichibu, and White Oak.

I will add to this list of extras when I have time. There are so many great bottles aside from the basics to keep around and I get to try new stuff daily. If you would like to send me a bottle to try shoot me an email!