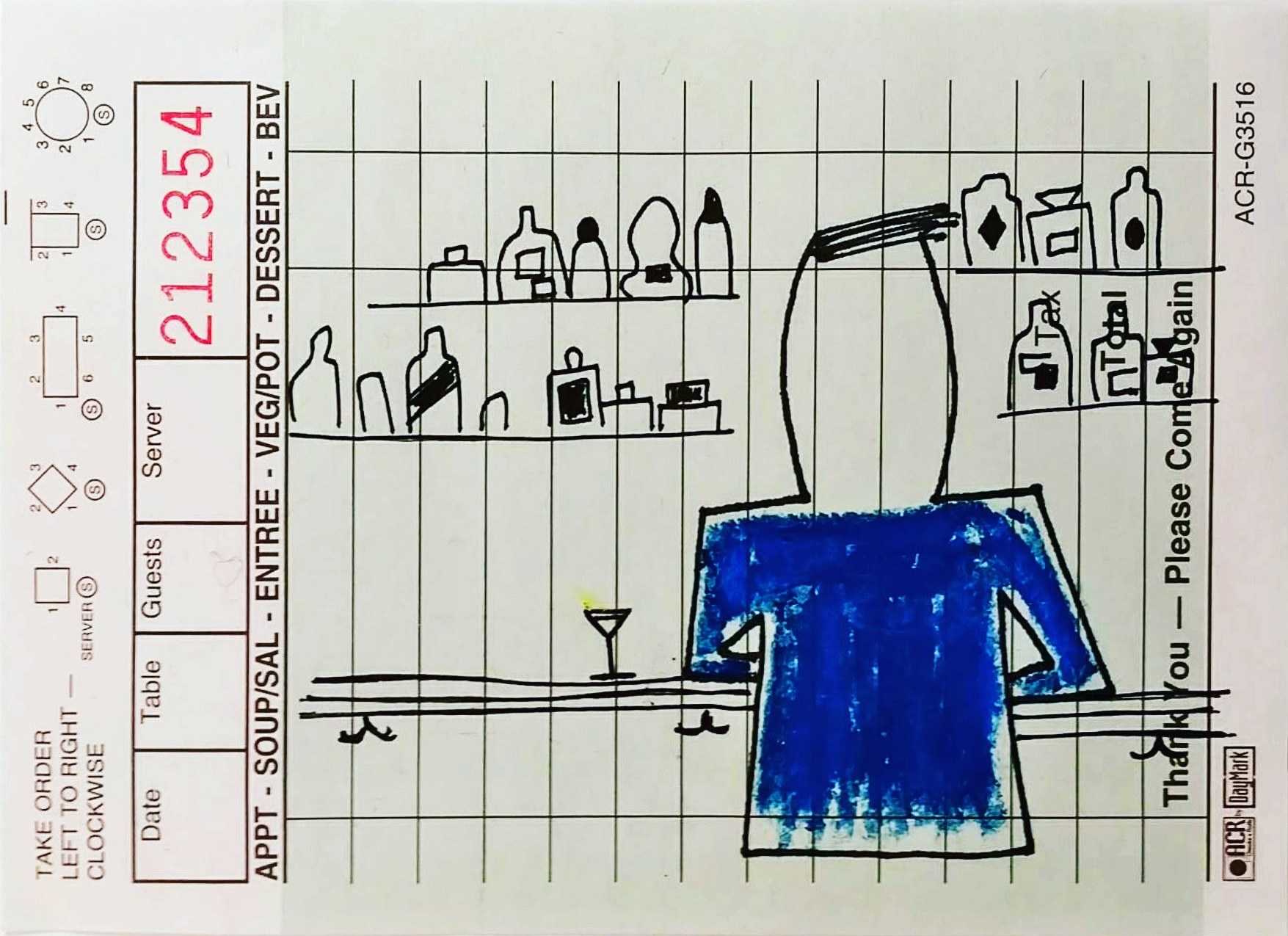 Bars are funny places he thought to himself as he strolled into one of his favorites. It was busier and louder than he liked, but that wouldn't dissuade him from a drink. He preferred a calm bar, and this one generally was, but he was earlier than usual.

A couple was paying at the end of the bar, and he knew the bartender wouldn't care if he snagged one of their seats when they finished. He hung back and undid his scarf while looking around at the other patrons happily poisoning themselves. He was eager to join the five o'clock ritual as well.

The bartender noticed him waiting and nodded towards the two soon to be open seats. He was in no rush and smiled back in agreement of the bartender's gesture. He was eavesdropping on a group sitting at a table discussing the new cocktails on the menu. He had been coming to this bar for years and had never once ordered from the cocktail menu.

He didn't care to change up his routine. He knew what he liked. He certainly didn't want to try something and enjoy it only for it to be gone the next time he came in. Most likely it would be replaced by something that would disappear itself in due time. Maybe that was why he always came back to the same bar-- he didn't want it to be replaced either.

The couple finished and got up to fetch their jackets. He took one of the seats at the end of the bar making sure to leave space between himself and the others sitting at the rail. He made himself comfortable and pushed the leather bound menu aside. Perhaps he always ordered a martini because he never wanted it to go away. "Having the usual?" the bartender asked.