The Drink was Bittersweet by Design 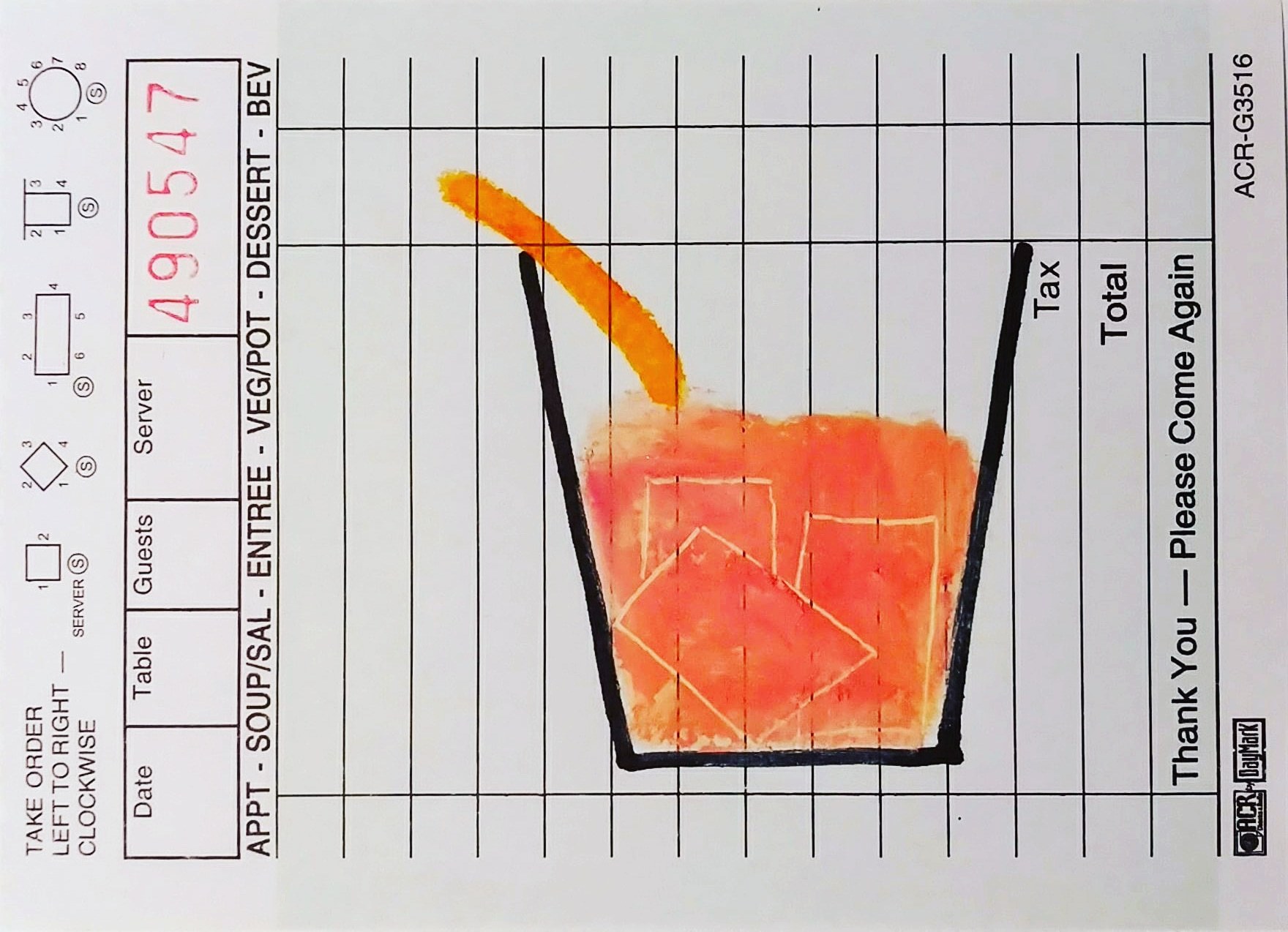 The ride to the airport was easy and the surly TSA agent didn't say anything about his mismatched socks or the fact that he had no carry-on bag or luggage. His last-minute ticket made the buzzer go off when it went through the scanner. He realized it was the return ticket that would be used to fly back in a few hours.

He woke up to the wheels screeching on the tarmac and rain on the windows. The slow shuffle off the plane took ages. He could make up time on the familiar concourse. Home field advantage. He made it to the exit and found a taxi. The driver knew the cross streets of his destination and could sense the urgency in his voice. He texted her his eta. The mid-morning Chicago traffic was always a roll of the dice.

Pulling up, he could see her sitting at a table in the window. He hopped out of the car right into a puddle. A wet blue sock does sort of look like a black one, he thought. Walking through the doors he pointed at her table and breezed past the host stand. She greeted him with a quick smooch. He took a seat right as the waiter dropped off two Greyhounds. She knew him all too well.

He didn't care for brunch in the least but he hadn't seen her in a week and he still had one more to go. The drink was bittersweet by design. The clear ice swam in a murky pink pond. The juice was obviously squeezed fresh this morning and the vodka was distilled by a friend of theirs right down the street. They rushed the meal and ordered another round. He liked how they made them here. Simple.

Glancing at his watch, she offered to pay the bill so he could go. He stole another kiss and ran out into the rain to hail a cab back to the airport. She was joking last night on the phone when she asked him to meet her for breakfast. A kiss and a good drink made the impromptu rendezvous all worthwhile.