A Whole Decanter of Negronis 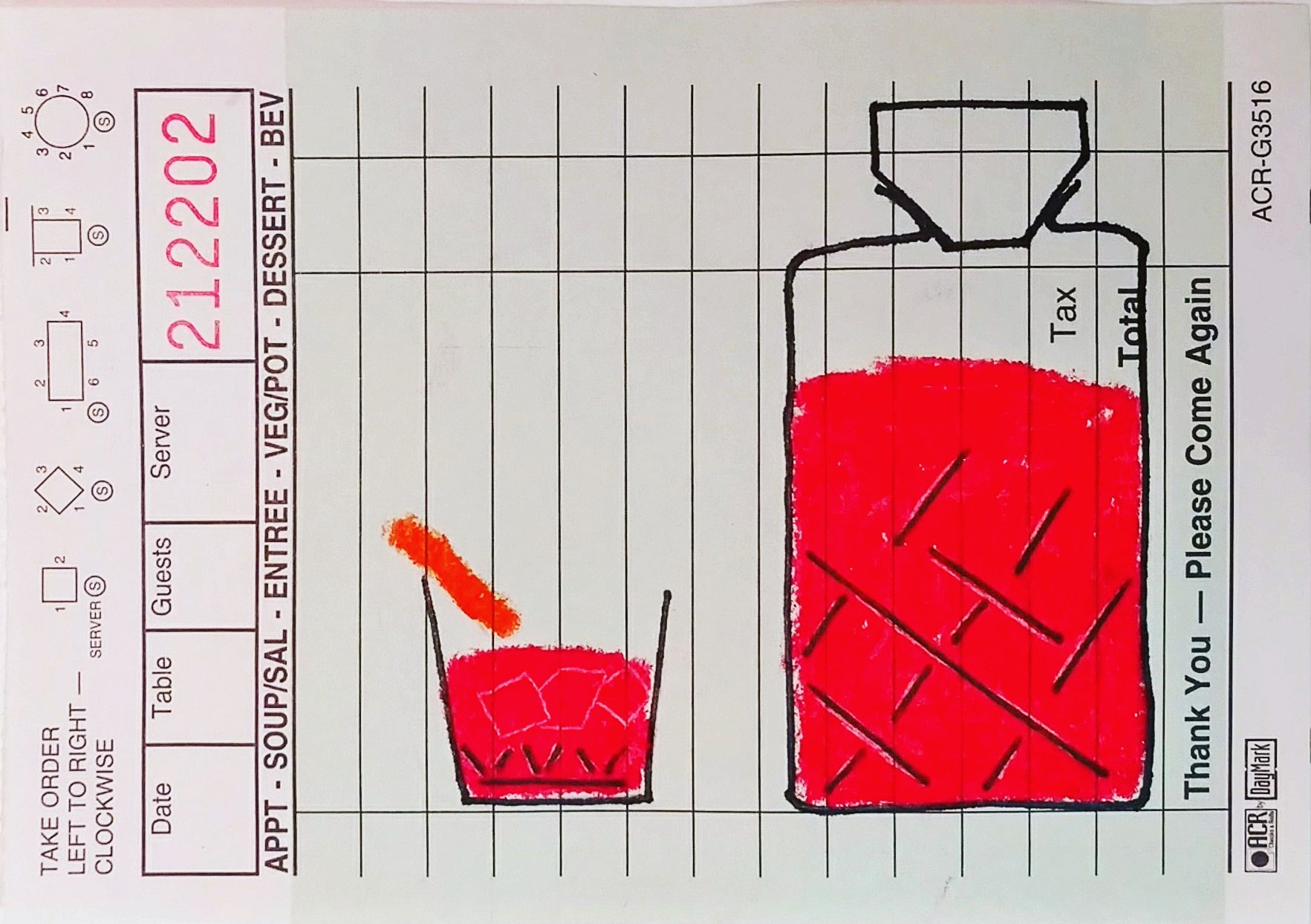 They usually had a cocktail every evening before dinner. Sometimes two. She would tell him about her day while he stirred their drinks. He wouldn't be home this evening though. It was a rare guys night.
⠀⠀⠀⠀⠀⠀⠀⠀⠀
By the time she got home, he would be halfway through a ribeye the size of Texas and all the way through his second martini. At least that was the scenario playing out in his mind. As he was putting on a shirt that she left pressed for him he realized even though he wouldn't be home he could still make her a cocktail for tonight.
⠀⠀⠀⠀⠀⠀⠀⠀⠀
In the kitchen, on all fours, he rummaged around one of the lower cabinets. He found an old whiskey decanter that had long ago surrendered its golden contents. A quick rinse put it back in working order. Grabbing the three bottles he needed and a measuring cup he began to fill the decanter. A cup or so each of Gin, Campari, and Cinzano filled the bottle to a respectable level. A whole decanter of Negronis.
⠀⠀⠀⠀⠀⠀⠀⠀⠀
He scrawled a quick note: "pour me over ice" and left an orange nearby. She knew the drill. When they had first met and he was working nights he used to keep a decanter filled with Negronis around so she could have a cocktail when she got home. It was honestly out of defense. She had an eye for the expensive Bourbon he kept on his bar cart but couldn't turn down a Negroni if it was available. He was pretty sure the bottle would keep indefinitely but he had a sneaking suspicion it wouldn't be around long enough to matter.
⠀⠀⠀⠀⠀⠀⠀⠀⠀
Shoes shined and jacket buttoned he stepped out into the chilly night to meet the guys. She would be asleep when he got home but they would catch up over breakfast. He would surely have a good story or two from tonight and she could fill him in on yesterday over coffee.