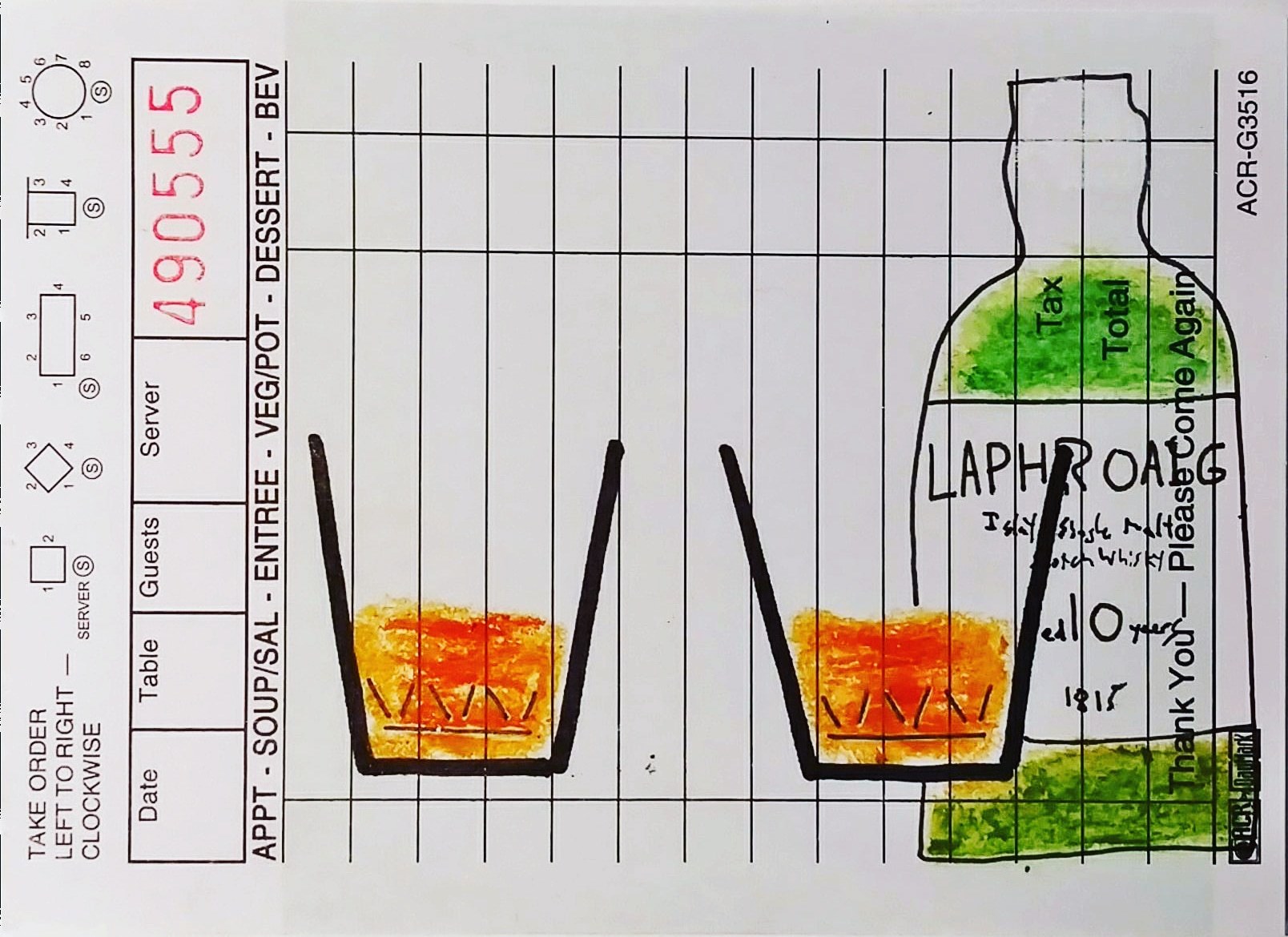 The car pulled up to the gate. He paid the driver and decided to walk from there. It wasn't a long walk to the cabin but it had been years since he had done it on foot. Orange and red leaves had begun to take over the green ones in a battle that they would all lose in a month.

His leather boots were broken in but only by city concrete and subway stairs. This may have been the first time these soles had truly touched the ground. A quick bag shift made a clinking sound from within and he hoped his precious cargo had survived the trip.

Approaching the cabin he remembered all the fun he used to have up here in the summer. He and the other kids played games of capture the flag in the woods that took whole weeks to finish. The porch stairs creaked as he made his way up. On his tiptoes, he fumbled around the rafters until he found the dusty key that went to the front door. The only copy.

Before entering the cabin he sat down on the stairs. The same stairs his grandmother had sat with him on to put calamine lotion on his poison ivy rash. The same stairs his grandfather had sat with him on and taught him how to clean a rifle and a fish on the same day. He removed two glasses from his bag and a dark green bottle of his grandfather's favorite single malt.

The cork made a deep popping sound when it was freed and he gave each glass two fingers worth of the briny liquid. He swirled it in his hands for a second before taking a deep breath. It smelled like the ocean had taken a lick of vanilla ice cream. He looked up and saw a pair of familiar truck headlights meandering down the trail. The same truck his grandfather had taught him how to drive stick in as a boy. It felt good to come home.