A Quick and Dirty Guide to Enjoying Scotch More

Here it goes down...down into my belly 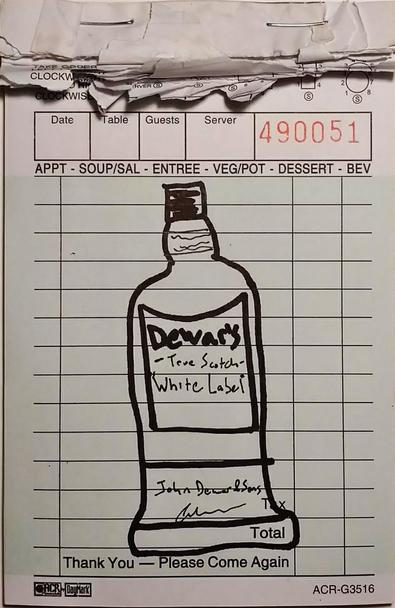 My favorite “brown” spirit. Scotch is rarely actually brown in color due to its prevalent use of previously used casks or barrels. A part of production that is forbidden for Bourbon and totally fine for Scotch aging. Another big difference is the allowance of coloring but it is usually obvious, often relegated to blends, and the good producers proudly let you know on the label if they left it out.

When drinking single malts I try to seek out a whisky with these four signs of quality:

When drinking Blended Scotch Whisky I look for:

Scotland has way more major distilleries than the United States. I listed our eight big guys on the last page. Here are eight that start with the letter “A” in Scotland: Aberfeldy, Aberlour, Ardbeg, Ardmore, Arran, Auchentoshan, Auchroisk, Aultmore. And that's not even all of the “A’s!”

Scotch Whisky comes in two major variants you need to know about. Malt Whisky and Grain Whisky. Malted barley is the main ingredient used in Malt Whiskey production. Grain whisky on the other hand uses a mashbill that can include corn, wheat, rye etc. At some distilleries peat is burned to stop the germination process of the barley and the peaty characteristics will stay with the spirit through fermentation.

These categories can be broken down even further.

Malts are distilled with copper pot stills with the liquid from the barley mash. Grain whiskies are distilled through column stills similar to Bourbon production. The whiskies are then aged in wooden casks of varying sizes and type for at least three years. The casks can be previously used or new. Casks come from all over and may have previously held Bourbon, Wine, Sherry, and Port among other things. The age statement on the bottle will reflect the youngest whisky. Then there are the regions:

Islands: A subdivision of the Highlands. Whisky differs from island to island as there are many islands included in this subdivision. Mull, Skye, Orkney, Arran, Jura and Lewis. The malts tend to be coastal in nature. Peaty but softer. Not as strong as Islay. Look for bottlings from Highland Park and Arran.

Islay (Eye-Luh): An Island on the south west coast that hosts eight distilleries. These whiskeys are peaty and dry usually. Medicinal notes like band-aids, seaweed, and salt come to mind and mouth. I always have a bottle of Laphroaig Cask Strength around usually sitting next to an Ardbeg or a Bruichladdich.

Speyside: Another subdivision of the Highlands in the region of Strathspey which encompasses the shallow river valley around the River Spey. These whiskies are the prettiest and personally most elegant whiskies that Scotland produces. Known for their sweetness, grassiness, and for having the most distilleries of any whisky producing area in Scotland. Both Glenlivet and Glenfiddich call it home and they are the two best selling malts in the world. Some of my favorites are AnCnoc, Benromach, and Mortlach.

Highlands: The Largest region for whisky production in Scotland. These whiskies are vast and different. Probably why there are so many sub regions. Most whiskies here are known for their dy finish. Nimble whiskies with fruit notes appear near the center and Eastern located distilleries but finish dry. The farther West you go the more smoke you will pick up. Try to find bottles from Old Pulteney and Glengoyne.

Lowlands: The large region that spans to the South of Scotland with few producing distilleries. Most whiskies made here are produced with unpeated malt. Usually these whiskies are great in the afternoon or before dinner. A great place to start if you are just getting into malts because of their calm nature. Look for Auchentoshan or Glenkinchie.

Campbeltown: The Kintyre Peninsula houses less than five distilleries now but once hosted nearly thirty. The malts that are left exhibit cavernous depth of flavor with big personalities. Peat shines through these whiskies and usually a satisfying salty finish. Look for bottlings from Springbank or Longrow.

There is some pretense to drinking Single Malts mostly due to price but think nothing of it. I would put a decent Scottish Malt in the ring against a great Bourbon any day. I like my Single Malts neat in a nosing glass with a splash of cool water. Size of splash depending on strength of spirit. Sometimes water ruins a whisky and then I know for next time. Single Malts are all about a relationship with the bottle and they change from bottle to bottle, year to year.

Blends came about to create consistency in the glass for the Scottish after work crowd. The reason Dewars tastes the same from bottle to bottle takes a ton of hard work. Some great blends out there include the stuff coming from Compass Box. I would take a bottle of their blended Asyla over many a Single Malt.

For cocktails I like to use Compass Boxes Great King Street line, Famous Grouse, Dewars or Old Parr. I usually have a bottle of Johnnie Walker Black around in case I long for memories of being stranded at an airport.