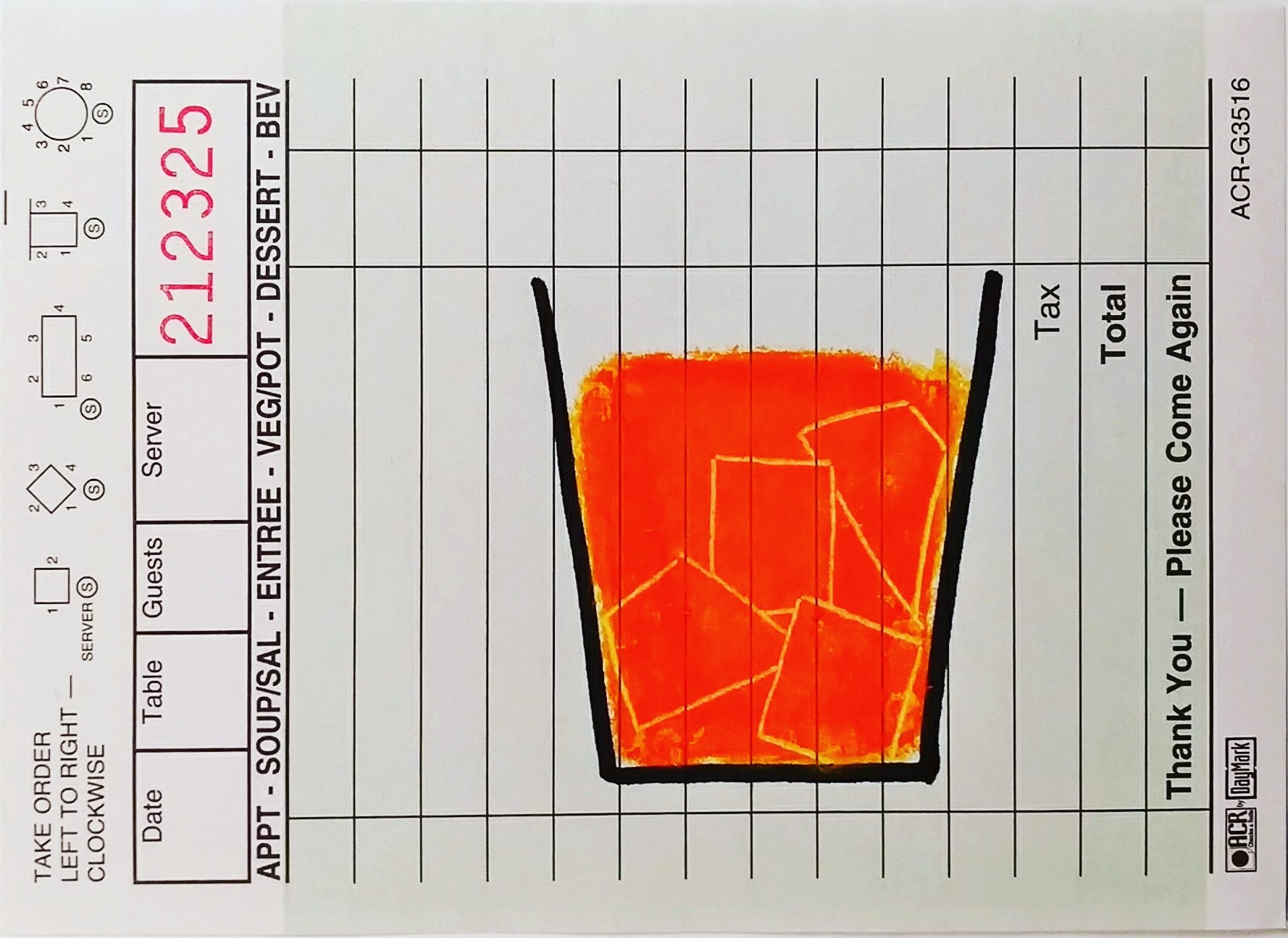 The paper struck the door like it did every morning and he slipped his loafers on to go fetch it. After a quick glance, he set the news down on the counter. He dropped two pieces of bread into the toaster and then went to turn the shower on.
⠀⠀⠀⠀⠀⠀⠀⠀⠀
The fancy striped pajamas he was wearing made him feel slightly dressed up and he debated skipping the shower and keeping them on until lunch. The toaster finished the only job it knew how to do and he gently spread a pad of butter across the singed surfaces.
⠀⠀⠀⠀⠀⠀⠀⠀⠀
He pulled out his trusty model JK-25 Juice King Juicer and set it on the thick wooden cutting board that lived on top of the marble counter. The white enameled surface of the juicer had seen better days but it could still squeeze every drop out of an orange. He grabbed two and cut them in half before walking over to the bar cart.
⠀⠀⠀⠀⠀⠀⠀⠀⠀
It wasn't often that he had a drink in the morning but the quick look-see he had given the front page called for one. He grabbed a half-full bottle of vodka from the cart and returned to the counter. In a large rocks glass, he added a handful of ice and a generous pour of the clear neutral liquid. Then he placed the glass under the juicer and with the manual lever squeezed the orange halves into the vessel. He would count that as his exercise for the day.
⠀⠀⠀⠀⠀⠀⠀⠀⠀
He used the knife from earlier, which had worked as a rather handy flat head screwdriver in the past, to jostle everything together. He took a long sip of the glowing drink and let the calming concoction flow through him. A warm haze was starting to escape the shower and he kicked off his loafers to go check on it. Drink in hand he slipped out of his stripes and into the steam.